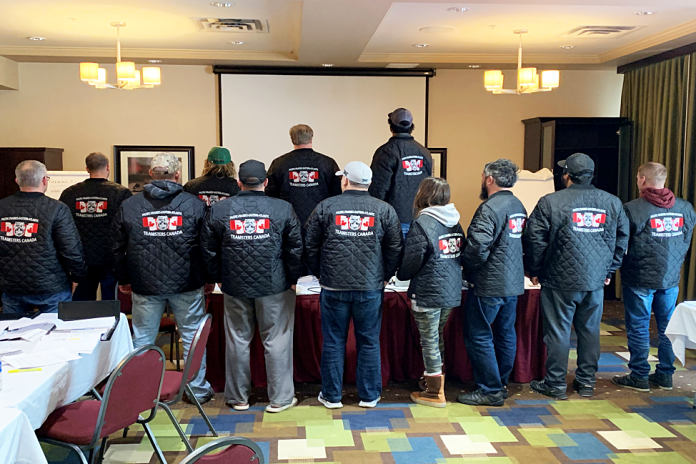 It is with great pride and in the spirit of solidarity that we would like to pass on the news of another 23 local representatives having received training in Calgary and Kamloops just a couple of weeks ago.

Myself, along with Maclean Foster and Trevor Marshall facilitated the training and it was a success in every manner that you could look at it. The members that attended were engaged, driven and passionate about being able to help their brothers and sisters from the trenches!

The commitment that we made to you as an executive board to train and engage local representatives is not one that will ever be complete, however we are proud that since 2016, there have been approximately 50 new local representatives trained on all regions across the property. The next training session that is planned will be for the Atlantic Region, where we will be putting on a course in French for our brothers and sisters there.

The grassroots members and leaders are the basis of any strong Union and thanks to the fantastic participation from the members on the Pacific Region, along with a few from the Prairies and Eastern, we are stronger as a group as a result of this training.

As I said earlier, training is not something that just stops in any organisation, so if you are interested in receiving the training at some point, let your regional director know so that you can be included!

I have attached some pictures of the Calgary and Kamloops training sessions!

Again thank you to all that participated and we look forward to further strengthening and unifying our great Union through other courses in the future!