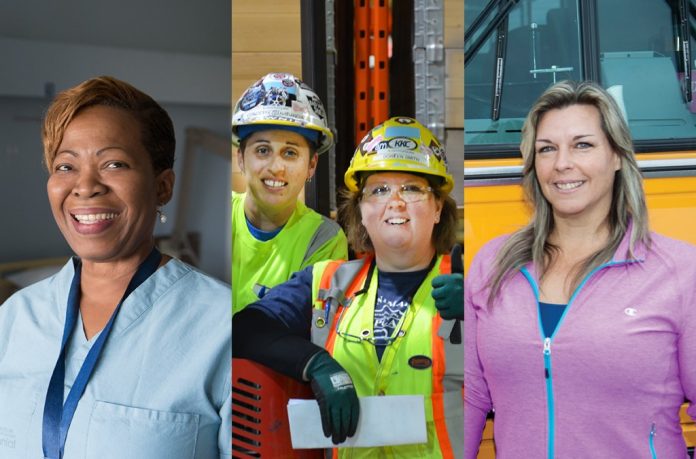 Today is International Women’s Day — a day to recognize the progress women have made and the challenges they still face. Sadly, in 2017, men and women are still a long way from being equal.

How long, exactly? According to the World Economic Forum, if current trends were to continue, women and men around the world won’t be truly equal for about another until 2186.

In Canada, although some find it hard to believe, there is still a gender pay gap. Even if things have gotten better in some industries, Canadian women are still making on average $8,000 a year less than men doing an equivalent job.

Joining a union like the Teamsters is the best way for women to get equal pay for equal work. According to the Canadian Labour Congress, women with a union earn on average $7.10/hour more than those without. That extra money completely bridges the gender pay gap for almost all unionized women.

The problem, unfortunately, isn’t just economic. A third of all Canadian workers have been subjected to domestic violence. Moreover, the harassment follows more than half of all victims to work, often in the form of threatening phone calls or text messages.

Domestic violence is a scourge that Teamsters actively combat. By training members on the issue, supporting a shelter for abused women and children, and lobbying governments about the problem, our union is taking a strong stand against domestic violence.

We obviously still have a long way to go before we can honestly say that men and women are treated equally. Count on us to stand with women every step of the way as we help build up a fairer country for all.